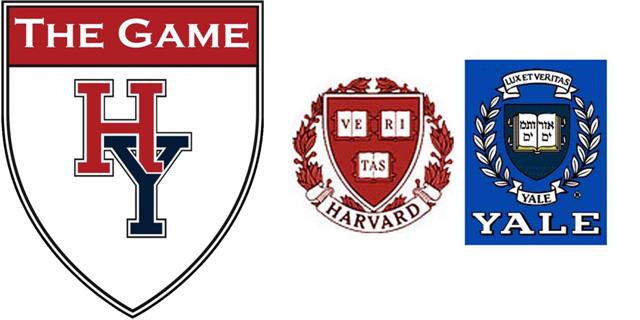 In 1916, Yale coach T.A.D. Jones inspired his players by asserting "Gentlemen, you are now going to play football against Harvard. Never again in your whole life will you do anything so important."  The Game is the annual football match between Harvard and Yale, a rivalry that began in 1875. (Learn more about the history and cultural significance of The Game at its Wikipedia entry.)

The Harvard Club of Santa Barbara (HCSB) and the Yale Club of Santa Barbara (YCSB) have arranged for  another annual gathering at Dargan’s Irish Pub & Restaurant in Santa Barbara to watch The Game, on Saturday, November 19, 2022. Time TBD.  HCSB and YCSB invite all local Harvard and Yale alums, including their families and friends, to attend this festive event. Dargan’s is very conveniently located at 18 East Ortega Street, behind the city parking lot on Anacapa Street (right-hand side, heading south) between East Ortega Street and East Cota Street.

There is no cost to register.  As a no host event, each attendee will pay for their own food and drink orders. Themed snacks will be provided.  Attendees are required to be fully vaccinated and not suffering symptoms of Covid at the event (on the honor system).